Sanaz Haghani
Her Declarations
On View at Plough Gallery September 17 through November 12, 2022
About the artist:
​
Biography:
Sanaz Haghani is an Iranian visual artist holding MFA with distinction in Art from the University of Georgia and BFA in Graphic Design from Sooreh University in Shiraz, Iran. She is adjunct professor at the Rowan Cabarrus Community College. Before joining RCCC, she worked as adjunct professor at the department of Printmaking and book arts, University of Georgia, and instructor of record in foundation drawing at Montana State University in Bozeman, Montana. Haghani also worked as a graphic designer for eight years in Iran where she taught graphic design and drawing courses. She has presented her work across the United States, i.e. the Museum of Contemporary Art of Georgia, the Georgia Museum of Art, the Missoula Art Museum, and she has exhibited internationally in multiple solo, group, and competitive exhibitions.  She has been one of the women artists in “Paper Routes – Women to Watch 2020” who was featured in “Voyage ATL,” “The Atlantan,” “Shutout Atlanta,” “The Hand Magazine,” “College Book Art Association,” “Mid-American Print Council Journal,” and “Burnaway” magazines.
Statement:
​I usually introduce myself as a storyteller; Storytelling is efficient because it allows me to transmit my message by activating my viewers’ emotions through empathy or sensitivity, and it helps me to piece my imagination and stories together.
I try to visualize the stories of women's lives by depicting those narrations in various ways, such as with installations, artist books, or sculptures crafted of handmade paper. I want to create a visual expression of emotion - an image that penetrates the viewer’s mind, even if just for a moment.
The Middle Eastern society's view of womanhood has improved over time, but still, the secondary status of women in Iran challenges them in their social and personal lives. Unreported crimes include honor violence, compulsory marriage, physical brutality, and many more hidden cultural and social issues that women face and many of the victims never dare speak of nor even mention such problems. Through my work, I question that silence. Where does the fear that causes such silence come from? Why do these problems continue to be denied or ignored? These questions and this situation have led me to borrow and use a familiar form from my home culture and I wanted to approach this from a different visual concept; I wanted to visualize the form of the female figure, which is both familiar and unknown at the same time. Little by little, I came to the female figure in the form of a chador - Chador is the all-encompassing black cloth Iranian women wear to disguise their figures, and hide their body.
Chador is closely associated with the Islamic practice of hijab, which means to hide from view or conceal. Hijab represents three-thousand years of history and has taken on different shapes and colors in different historical periods. First, it was white, and then it turned blue indigo; in some areas, it appears with patterns, and finally, it became black, the way women wear it these days. However, the hijab that I am talking about does not refer to this actual form of dress. I try to invoke the grander ideas of the veil.

The materials chosen in my work convey a message and they have a strong contender of how I share my thoughts. I use fabric, sometimes wooden boards, and mostly paper in my work. Historically, paper has been used as a medium to deliver messages. This ancient print medium has become a surface for my vision - a place where I can visualize my own imagination. The main ingredient in making paper is cellulose fiber. The idea that cellulose fiber can come from so many different sources gives me the opportunity to add another concept to my work. I was thinking about borrowing something personal from the women whose experiences and stories I was trying to visualize. I started to collect materials like used prayer veils, women’s hair, prayer beads, and other personal objects in order to use them as fiber for the paper or to embed them between two sheets of paper. I was looking to envision a presence, to add something that had belonged to or had been somehow used by someone that I was referencing. I wanted to convey both being and not being seen, or maybe to reach an invisible presence.

I also think about my works as a shout for my femininity—the suffocating rules from the culture that I grew up in, muffled women's voices. Women have been silenced in diverse ways, such as the enforcement of family hierarchies or patriarchal society. As an artist, I want to release myself from that quiescence. But I realized I became accustomed to that silence; the hiddenness became a part of my existence. In my works, these muted responses or visualizations are a sign of my denied gender. I attempt breaking that eternal stillness, and unconsciously I transform that habituation to vague, involuntary forms. 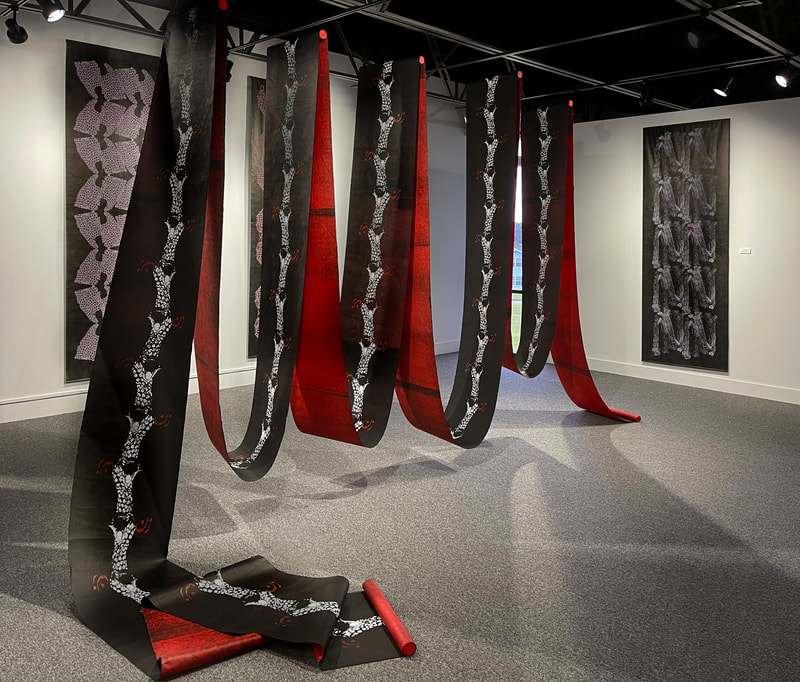 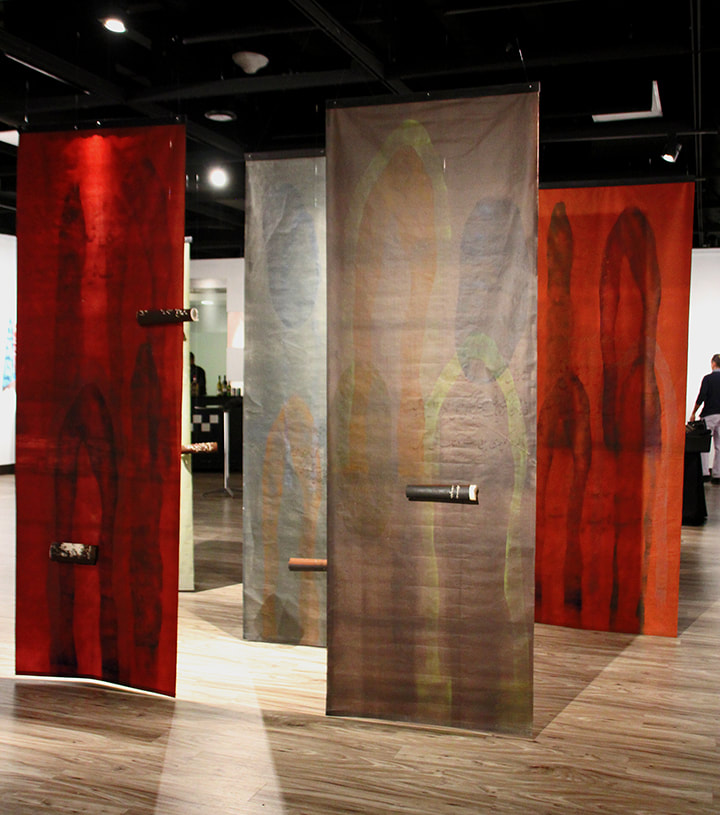 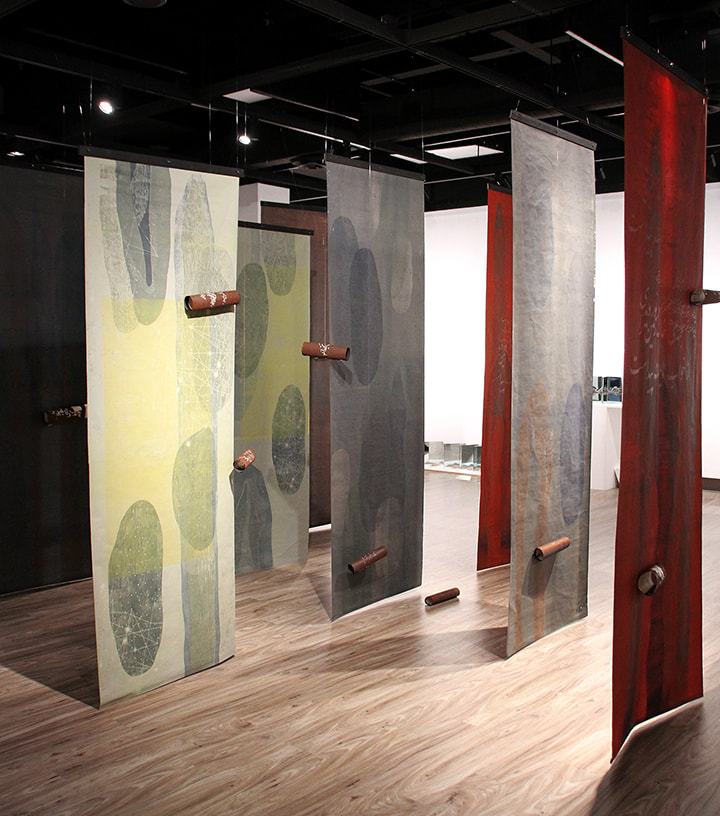 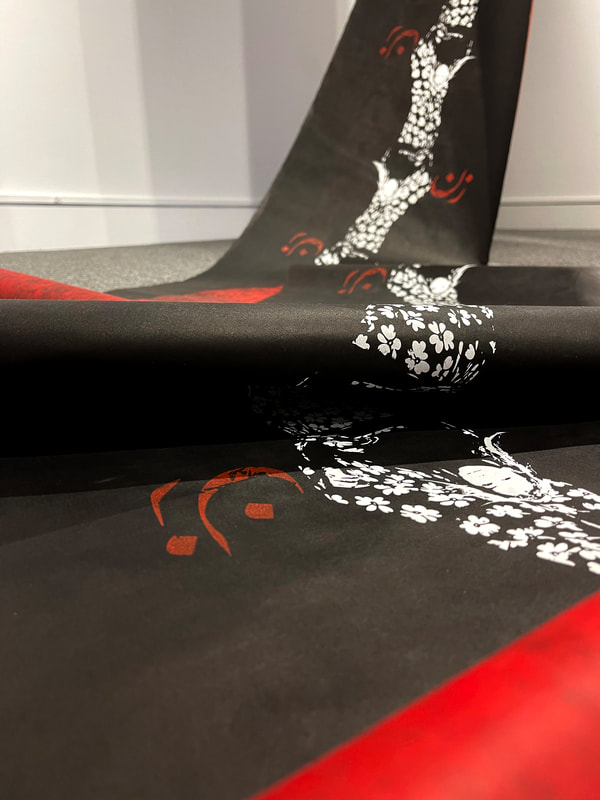 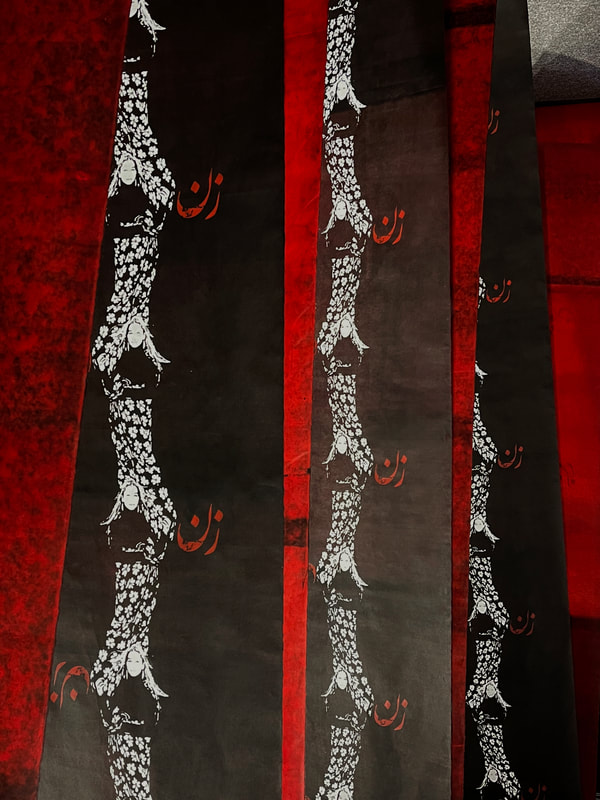 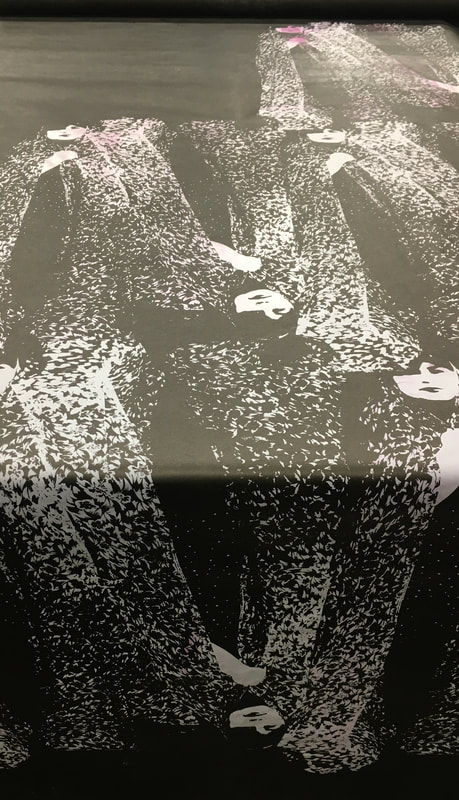 "Dance"
Her Declarations: An exhibition of work by visual artist Sanaz Haghani of Athens, Georgia. On view September 17 through November 12, 2022.